The literal translation of Char Dham Yatra in English is the tour of the four heavenly abodes of God. According to Hinduism, completing the Chard Dham Yatra is the ultimate devotion one can offer to God. The Char Dham consists of the four most sacred places of devotion according to the Hindu scriptures namely the Kedarnath Temple, the Badrinath Temple, Gangotri, and Yamunotri. All these four temples are located in the state of Uttarakhand and completing the visit to each of these temples in one single trip is termed as the Char Dham Yatra. Each one of these four temples have a unique legendary tale behind them. One can even feel loads of positive energy and powerful vibes while visiting these places of sacredness. For a long time, the Char Dham Yatra was possible to be completed only by sages, saints, and those devotees who had completely surrendered themselves to the Almighty. This was because of the harsh weather conditions and almost no infrastructure availability at these temples. But in recent times, the Government of India has taken many steps to build connectivity and infrastructure in this area so that people from all walks of life can complete visiting the Char Dham Yatra. It is a famous belief that on completion of the Char Dham Yatra, every devotee will attain moksha and nirvana from the cycle of birth and rebirth, that is the devotee will attain salvation and rise above the worldly needs. There are various commuting and tour package offers available for the Char Dham Yatra by TaxiYatri. These Char Dham Yatra packages usually have the starting point as Delhi and help you complete the whole yatra in a comfortable and relaxed manner without any hassles and tensions. 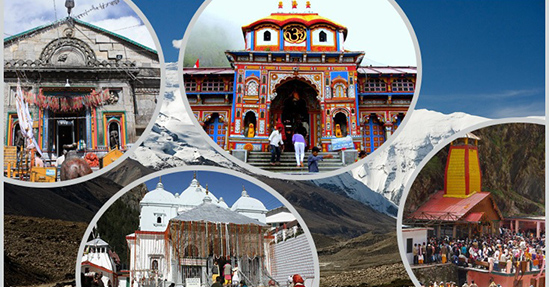 The temple of Yamunotri is situated in the Uttarkashi district of Uttarakhand and was built by the Emperor Naresh Shah of the Tehri Reign in the year 1839. According to all the packages of Char Dham Yatra, the temple which is visited and worshipped first is the Yamunotri Dham. The Yamunotri Temple is dedicated to the second most sacred river of India – the river Yamuna. Yamunotri is basically the inititation point of this river and is considered to be one of the most pious and religious spots according to Hinduism. Along with Goddess Yamunotri, there is also an idol of Goddess Gangotri which is worshipped at the Yamunotri Dham. There are several natural hot springs near Yamunotri where devotees boil potatoes and rice which are offered to the Goddess as a part of the worship and later eaten by the devotees in the form of blessings. According to mythology, Yamuna is the daughter of Lord Surya, and also the twin sister of Lord Yama. It is believed that Saint Asit Muni used to regaularly bathe in the waters of Ganga, but with time and age he could no longer visit the Ganges. Thus, as a blessing to her devotee, Ganga started another stream of river accessible to Saint Asit Muni which is now called as Yamuna. The point of origin of this stream is the location where the Yamunotri Dham is located.

Located in the Uttarkashi district of Uttarakhand, the temple of Gangotri Dham was built by the Gurkha General Amar Singh Thappa in the first half of the 19th century. The Gangotri Dham is the second place where you worship in the Char Dham Yatra. Gangotri Dham is believed to be the abode of Goddess Ganga who had to come down on earth from the Heavens to eradicate the sins and wrong-doings of the people on Earth. The river Ganga is considered to be the most pious river in India. The river Ganga initiates at Gaumukh which is on the Gangotri Glacier at almost a distance of 25 kilometers away from the main point of Gangotri Dham. Mythologically, Lord Sagar, the God of the Seas had started a holy ritual called Ashwamedh for which he had sent his 60,000 sons along with a horse of a rare breed. During this journey, the horse lost its track and was later seen at the abode of Saint Kapila. Having seen the horse inside the ashram, all the 60,000 sons of Lord Sagar entered the place in a bad temper. Unfortunately for them, at that time Saint Kapila was in a state of deep meditation which was disturbed because of their coming. In a fit of rage, Saint Kapila converted all the 60,000 sons of Lord Sagar into ashes for disturbing his meditation ritual. On calming down after sometime, Saint Kapila requested Lord Anshuman to request Goddess Ganga to help him attain salvation, but Goddess Ganga did not pay a heed to it. His following generation, Saint Bhagirath continued the meditation process on which Goddess Ganga was extremely satisfied and decided to come down to Earth from the Heavens to help the 60,000 sons of Lord Sagar attain salvation. It is duely believed that Lord Shankar weaved the river Ganga in his dreadlocks as it was feared that the force of the waters of river Ganga would have wiped out the entire earth.

Kedarnath can easily be said to be the toughest and the most inaccessible temple of the Char Dham Yatra. It is usually the Third Dham which is worshipped in the entire Char Dham Yatra. It is said to be built by the five Pandava brothers and was re constructed by Sage Adi Shankaracharya in the early 8th century. The Kedarnath Temple is said to be a fine example of an architecture marvel as this construction which is completely built in grey sand stone has faced and stood strong against all the tests of time and weather. The terrain in which this temple is built is extremely harsh. According to the legendary tale, the five Pandava Brothers were in search of Lord Shiva to help them get eradicated and forgiven from all their sins they have committed during the war of Mahabharata. But before granting them this forgiveness Lord Shiva wanted to test the Pandava Brothers. Thus, He transformed himself into a bull and deported himself to the Garhwal region of the Himalayas. The Pandava brothers being honest in their attempts found Lord Shiva in the bull incarnation. Being satisfied with their devotion, it is believed that Lord Shiva jumped like a ball and divided himself into five different parts of the bull, namely, the hair of the bull at Kapaleshwar, the hump of the bull at Kedarnath, the arms at Tunganath, the face of the bull at Rudranath, and finally the navel at Madhya Maheshwar. It is said that the Pandava brothers together unitedly built five different temples at these five spots which are now prominently known as Pancha Kedar collectively.

Badrinath is the last stop of the Char Dham Yatra and is considered to be the most pious temple for the Hindus. It is dedicated to Lord Badri, another name of Lord Vishnu and is at the apex of the 108 holiest places of the Hindu pilgrimage. Coincidentally, the Badrinath Dham is a part of the Char Dham as well as the Chota Char Dham Yatra. The idol worshipped in the Badrinath Dham was found by Sage Adi Shankaracharya and in order to safeguard this idol he kept in the Tapt Kund. After many years, this idol was recovered by the Garhwal Emperor in the 16th century. Respecting the sentiments, the first Badrinath Temple was built by him in the following years. Due to harsh terrains, the temple of Badrinath was demolished a numerous time, but with the blessings of the Lord the temple is re-erected with enthusiasm every time. Location wise, the Badrinath Temple is located in between the Mountain Nar and Mountain Narayan. The scenic Mount Neelkanth as the backdrop, makes the Badrinath Temple an attractive location for the devotees to come. The mythological tale behind the Badrinath Temple is that, a sage had pinpointed to Lord Vishnu about he living a life of glory and enjoyment. Thus, to eradicate his sins, Lord Vishnu started meditating at the precise location where the current Temple of Badrinath is built. As a responsible wife, Goddess Lakshmi transformed herself into a berry tree to protect Lord Vishnu from all the natural distractions like that of sun and snow during his penance. 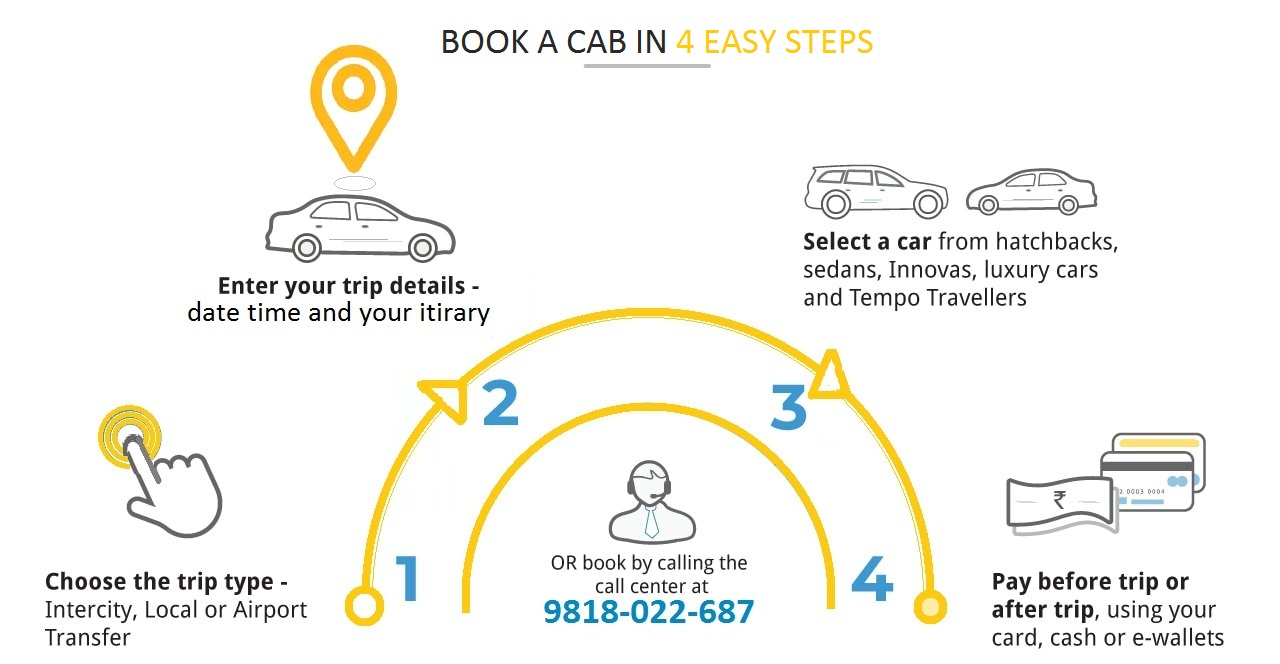 What is the cost for Char dham Yatra Tour Package From Delhi Ncr?

Till a few years ago, this statement held valid in all aspects. But now with infrastructure and connectivity issues being resolved and developed by the Government of India, it is not that difficult of a terrain to complete when compared to the yester years. It is a legend that states, you will be able to complete the Char Dham Yatra only and only if you have surrendered yourself to the Almighty.

The most basic document you need to carry with yourself on your Char Dham Yatra is your identification and address proof. For this note any government authorized ID like AADHAR Card or Passport is considered to be valid. Also, post Covid times, it is a compulsion for you to carry your vaccination certificate without which you won't be allowed to enter any temple.

The summer and spring season from April to November are considered to be the safest months to complete the Char Dham Yatra. This is mainly because of the climate which is bearable during these months. The winter season from November to March is a period when the Government officially doesn’t permit any one to visit these places of worship due to the harsh climatic conditions.

TaxiYatri provides complete tour package to help you in your Char Dham Yatra. For your benefit we even provide all the necessary documentation that needs to be done. For more enquiry on Char Dham tour packages you can call us on 9818022467 or 9818022687 or e-mail us at taxiyatri.com@gmail.com. Our customer service executives are always there to help you and we can even furnish a Char Dham Tour package uniquely made for you according to your needs and requirements.